Stephanie Zuppo is a cartoonist, illustrator, and graphic designer originally from Philadelphia, PA, but currently living in Burlington, VT.

She received her BFA in Illustration & Design at Moore College of Art and Design in Philadelphia and an MFA in Comics at The Center for Cartoon Studies in Vermont. She is the editor of The Ladybroad Ledger, VT’s only free femme comics newspaper. She is also the co-creator of Conosaurus, a resource which helps creators and fans plan their convention season.

Stephanie is currently focusing on teaching, making comics, and developing ways to make the comics industry a better place. Besides printing and distributing their own work, they have also appeared in several comic anthologies and publications.

And now that you know her a bit better, I will turn things over to her! 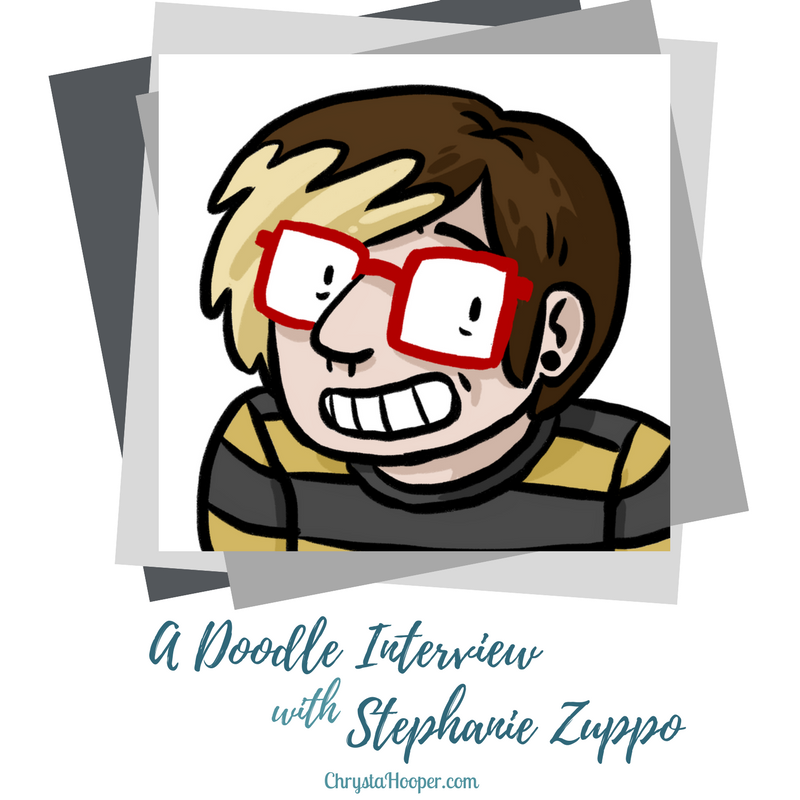 What inspires you to create art? 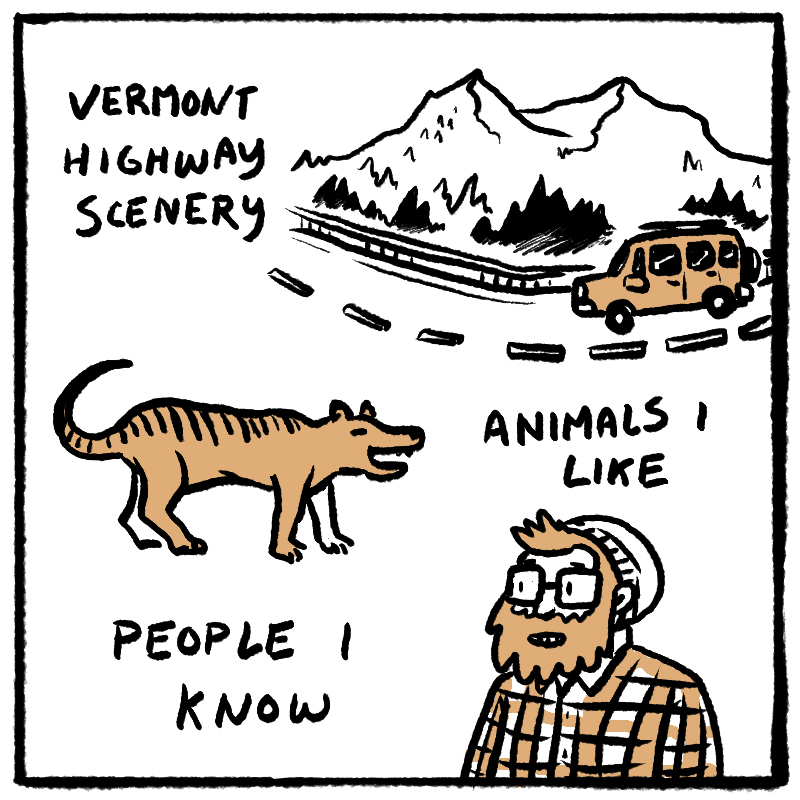 I could have given you a HUUUUGE list of comics, graphic novels, and cartoonists that inspire me… but I decided to go with the subject matter that inspires most of my comics.

I’ve been working on a comic series called Belchville, VT, for the last couple of years, which was heavily inspired by the small mid-eastern VT towns that my husband and I lived in. Most of it was written during long car drives across the state. I also do a lot of autobio and non-fiction work, usually about animals or video games.

Where do you create your artwork? 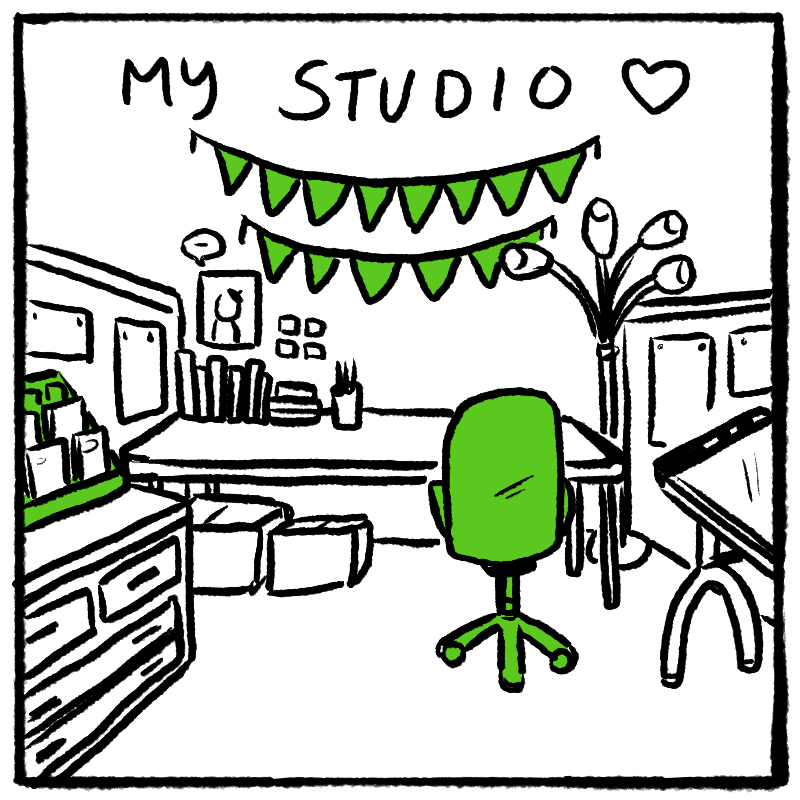 I mostly work on comics in my studio, which is located in a makerspace called Generator. It’s a pretty lively space and is home to artists, crafters, designers, and many in the tech industry. At Generator, I have access to a laser cutter, 3D printer, woodshop, metal shop, jewelry studio, sewing machines, VR, and more. It’s completely opened up my mind to other forms of making that I never thought I’d be interested in. I absolutely love working there!

What do you listen to while creating your art? (music, podcasts, books on tape, etc) 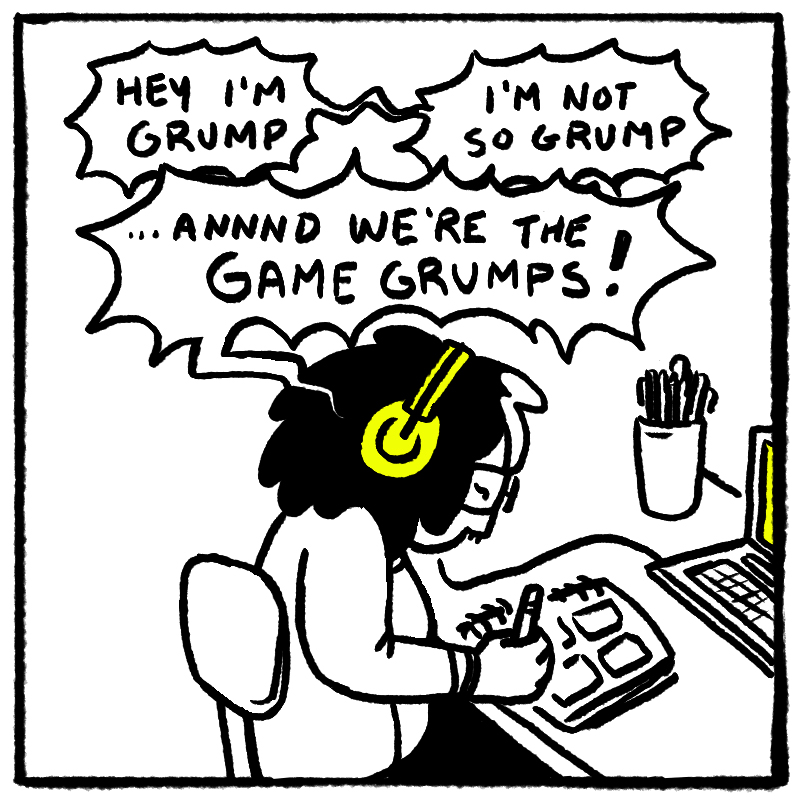 I really like listening to things that I don’t have to pay much attention to, since comics often require a lot of brainpower and focus. Usually it’s re-runs of old TV shows, familiar music, and old episodes of Youtube series like Game Grumps, Threadbanger, or (my guiltiest pleasure) Simplynailogical.

What creative medium would you love to pursue but haven’t yet? 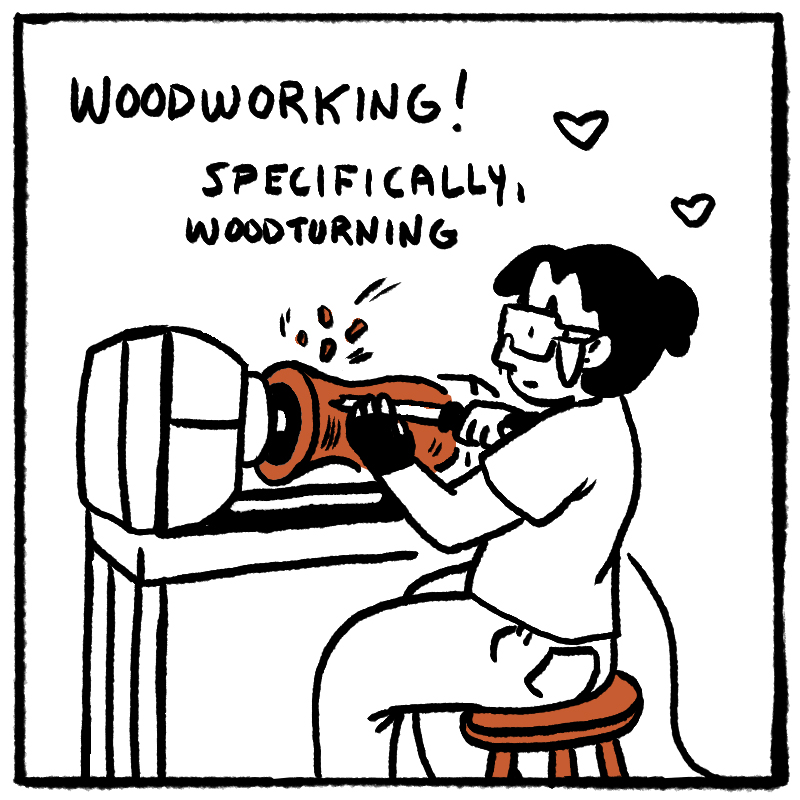 Generator has a woodshop and I have been watching A LOT of woodworking videos to push myself to start using it. I’m particularly excited about the woodturner that was recently donated to their shop because those videos are my favorites. :)

What’s the best advice you have received about how to be more creative? 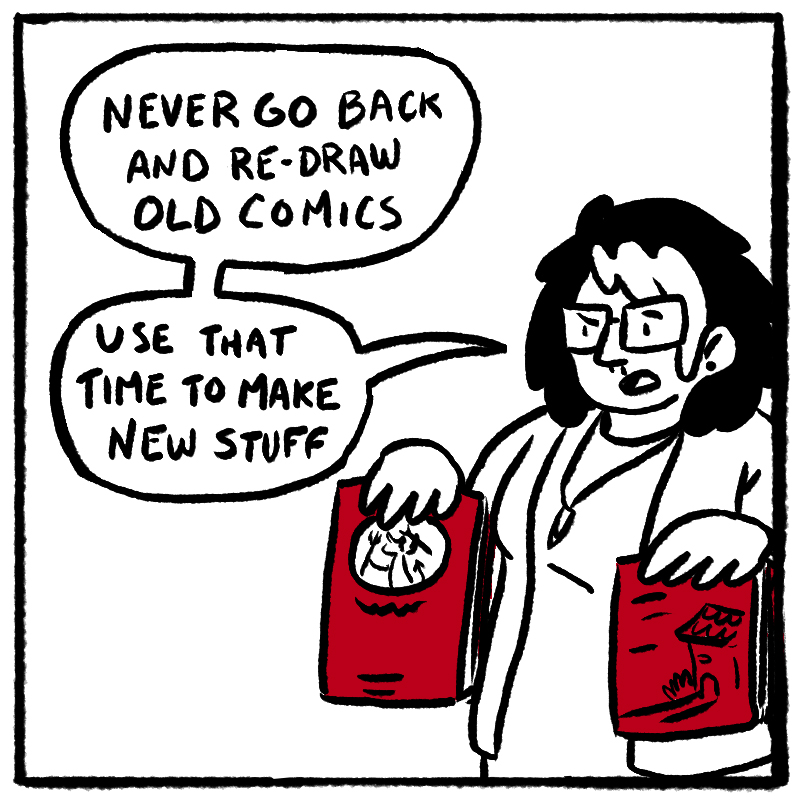 This is comic-centric advice that I received in comics school, but it is definitely my favorite bit of creative advice that I was ever given:

DO NOT go back and re-draw your old comics or comic pages. You’ll be stuck in an infinite loop of fixing your own work, instead of making anything new! It’s really common to have your 1st page look nothing like your last page, and it’s very tempting to go back and correct things. Just don’t do it.

I was definitely guilty of this before I went to comics school and I think a lot of people never put out their first comic because they want to make sure it’s PERFECT the first time. It’ll never be perfect! Just get those pages out and get some eyes on them. Your quality will improve over time~

What do you do to relieve stress? 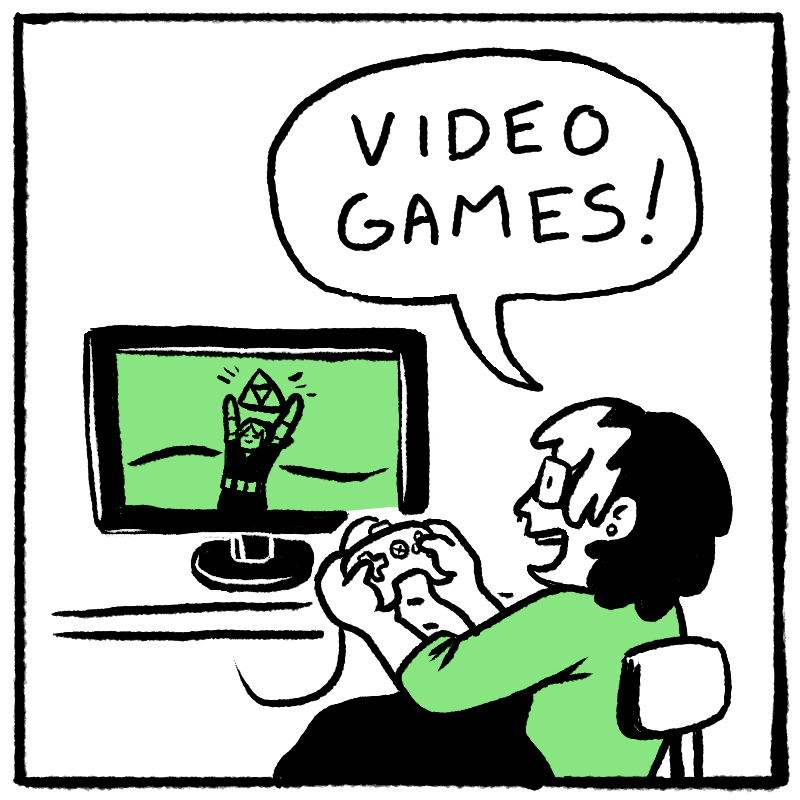 I play a lot of video games. Currently, I’m playing Stardew Valley and trying to make it through all the Zelda games in order.

I used to feel really bad about spending time on games instead of working on comics… but I’ve noticed that if I’m stressed out, I complete significantly less work. I let myself have this relaxation time now. 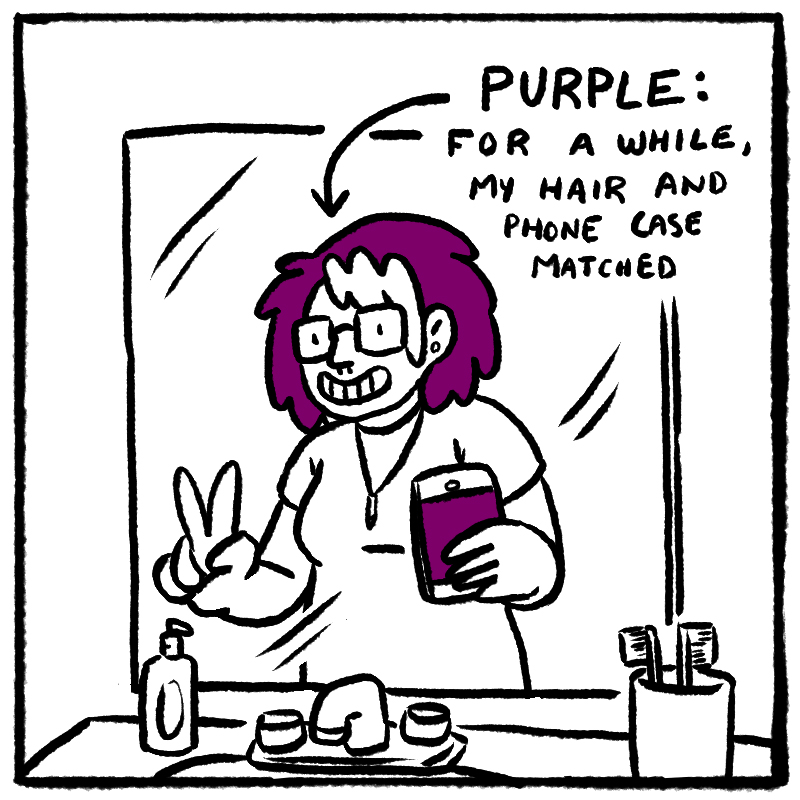 What’s your favorite thing to draw? 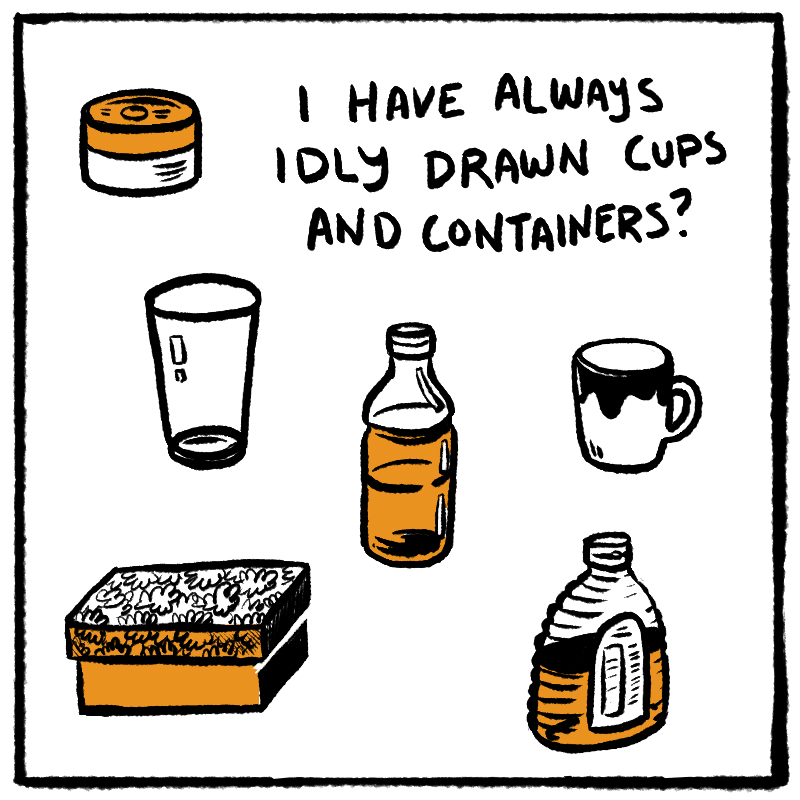 I feel like most people like drawing faces or plants in their spare time? I’m the person who draws your soda can from across the room… 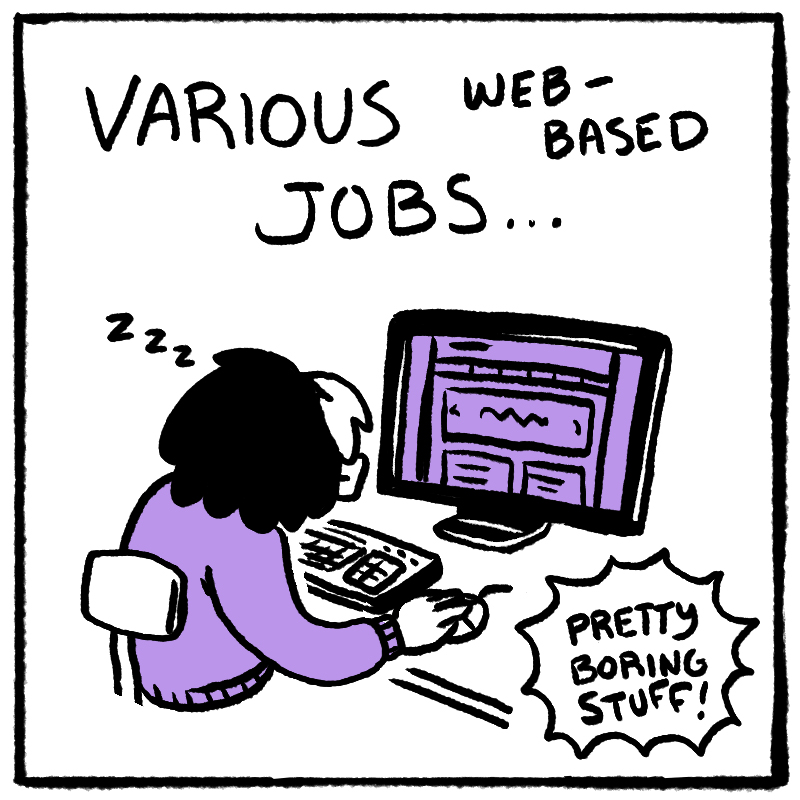 I actually recently quit my day job to focus more on comic projects. I’m still doing the same type of work as a freelancer though. I work part-time as a web admin for a couple companies.

Lately, most of my time has been taken up by a business that my husband and I just started called Conosaurus. Conosaurus is a web resource for creators and fans who frequently go to comic conventions, zine, and book fairs. I also run a comics newspaper called The Ladybroad Ledger, which features female and nonbinary cartoonists from VT. I focus more on developing resources for cartoonists and working on all the behind the scenes stuff, instead of making comics myself! 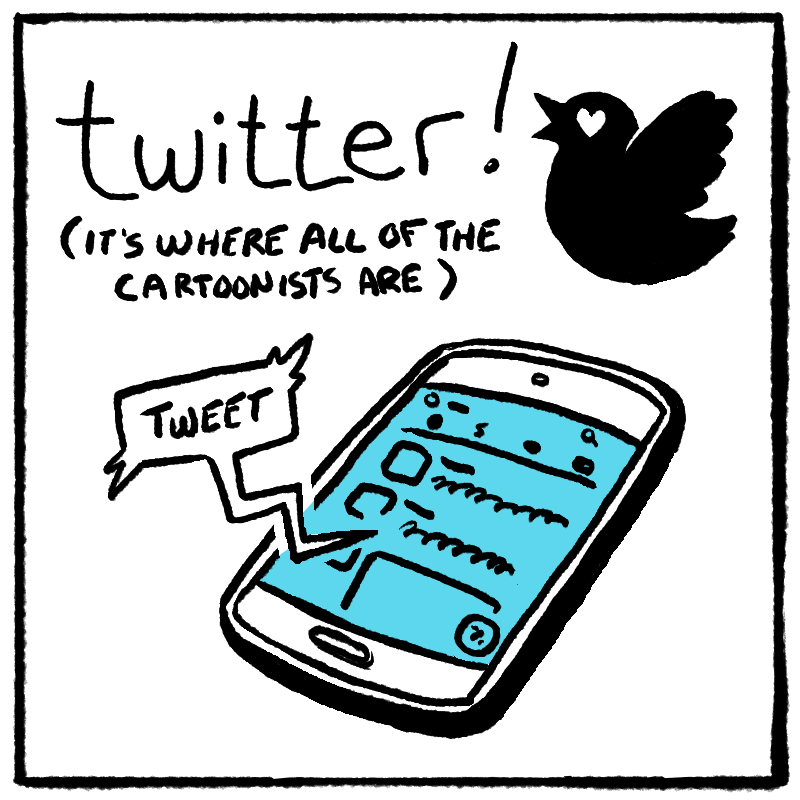 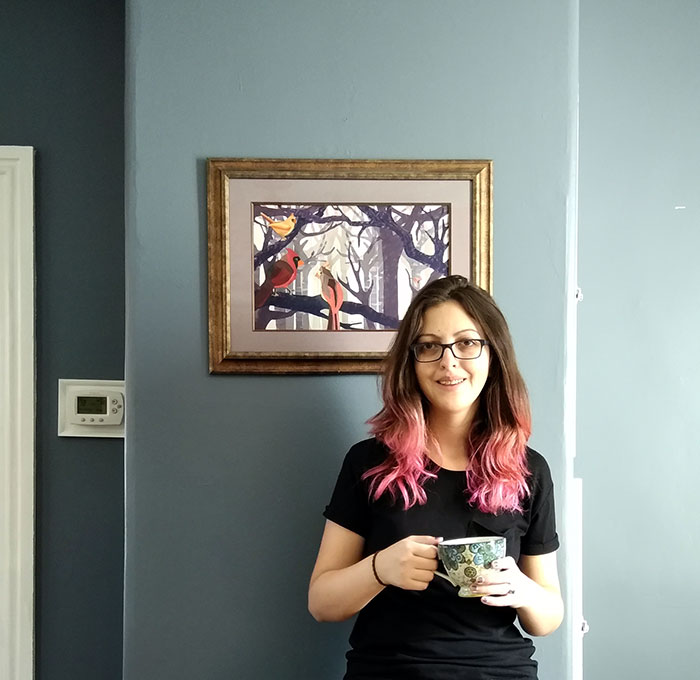 I’m Chrysta, an artist, illustrator & designer living in a small town in South Jersey. I love creating things that will bring joy and happiness to others.